Having recently cleared the property for a hard rubbish collection, I found a cardboard sign which predates our arrival at this property. I would suggest this was for the sale of the land before the house being built in the mid eighties. It had been jammed up against a side fence with just the plain back exposed. Cash & Co operated out of the Post Office in McBride Street. The street was named after the original owners of the Post Office and the building remains operational today (I believe it’s heritage listed). There hadn’t been a real estate agent in our township since cocky was an egg, that is until property prices took off two years ago and First National moved in. Immediately after extracting this relic I had the Five Man Electrical Band’s hit from 1971 Signs spin on the hidden turntable of my mind. It was one of the very first singles I purchased as an eleven year old thanks to my paper round finances. An absolute corker! The song was the lead off tune on their 1970 album Good-byes & Butterflies, but wouldn’t be released as a single until later that year as the ‘B’ side to Hello Melinda, Goodbye. Radio jocks commenced spinning the flip side Signs so MGM re-released the single with Signs as the ‘A’ side. In 1971 it peaked at #4 in the States and #5 on the Australian Go Set Charts. 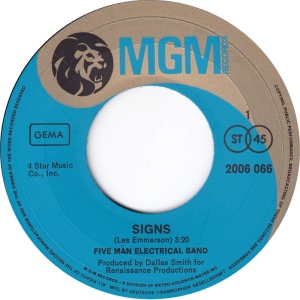 And the sign said “Long-haired freaky people need not apply”

So I tucked my hair up under my hat and I went in to ask him why?

He said “You look like a fine upstanding young man, I think you’ll do”

I also had flashbacks to a local television series from the seventies Cash & Company. The show followed the adventures of two bushrangers, Sam Cash (Serge Lazareff) and Joe Brady (Gus Mercurio) at the onset of the gold rush in Ballarat. There would have been similarities to the early days of prospectors panning for alluvial gold in Cockatoo Creek. The original moniker for the township of Cockatoo was Devon. It was replaced with Cockatoo Creek and later, after the steam engines thundered down the tracks, it was abbreviated to the stations name of Cockatoo. Settlement didn’t take off until the beginning of the twentieth century when the rail opened the way for transportation of logging to the mills. The TV show was filmed in Sunbury (not far from Ballarat) and finished shooting just before the last iconic Sunbury Rock Festival (although the festival was held at nearby Diggers Rest).  Confusing!

I’m off now searching the backlots for a vintage mouth organ sign. Hoping for one like the counter sign below (with Cockatoo of course) owned by Rick Nielson.

John Hood, formerly from blues rock (or is that authentic blues) bands Sid Rumpo and The Elks, has just published his second book Immersed In Blues. His first book looked at his life in music, while this one explores (as the title suggests) the roots of the music he was attracted to in his teens. John has a wealth of knowledge on this topic having had access to many of the albums of the most influential blues artists by way of his employ at Discurio record stores in both Perth and Melbourne and later as a part owner of 78 Records.

John is a mighty fine guitarist and harmonica exponent, who shares his personal experiences with the blues. John explains, “This book isn’t really about me, it is however about my blues journey and the places the music has revealed to me. It is my personal take on the blues – a disparate collection of chapters about the concept of blues, my early obsession with the form and experiences I’ve had as a musician playing guitar and harmonica. I also include chapters on seminal blues artists and records, along with a host of other musical topics.” Out now at all good and not so good book stores.

Check out John’s website for the hard copy or buy as a Kindle book from Amazon. Here’s a version (grab) of Sid Rumpo’s Don’t Bug Me Boogie taken from the ABC’s Get To Know (GTK) with John playing harp. Hear here Bug. John had left Sid Rumpo before their one and only album First Offense was recorded in 1974, sadly mouth harp (and John) was the only missing ingredient from this classic Aussie album (vinyl copies go for a pretty penny). I ain’t got one but I do have The Elks Refer to Draw album.

The boys from Good Will Remedy have done it again! They just keep pumping out great tunes. Check out their latest Rollercoaster on all good and substandard streaming platforms. You have to put your own harp on it. Buy some merch (if you can) to support the lads at Bandcamp. Nice vid that accompanies the tune as well-check it out here Rollercoaster. Love the pooches and my son loved the Combie (he wasn’t too sure about the Sunderland top).

Speaking of my son Lach, who in lachdown celebrated (for want of a better word) his 21st. Congrats mate. No probs for him as he’s not a party animal more of an adventurer. Some time ago he put me on to Minneapolis heavy blues duo, Buffalo Fuzz as we were both fans of similar sounding Bendigo duo The Barren Spinsters. Buffalo Fuzz Volume II is set for release next month. Sadly this will be the last as drummer and harp player Jake Allan took his life just a month after the recording. He was only twenty four. They’ve pre-released four tunes off the album on Bandcamp and Hole In My Heart has a harp solo from Jake. The song is atypical of their vibe, but it’s hotter than a fire cracker! You can catch it over on YouTube Fuzz. 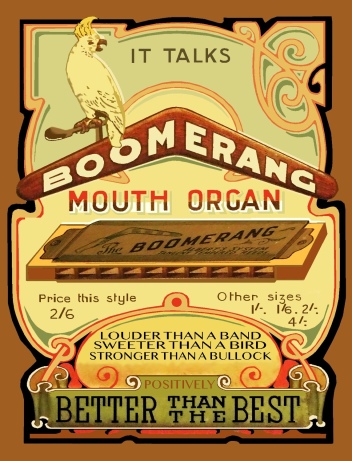 A few little snippets about alluvial mining at Cockatoo Creek, a photo of a Cockatoo gathering (a crackle) on our side fence and Cockatoo‘s in flight (afternoon delight) at Cockatoo Creek (Photographer Pam Sheppard) and a long haired freaky person. 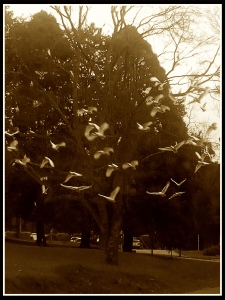 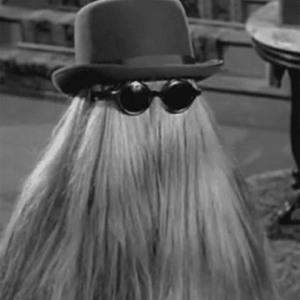