A few interesting finds added to the Aussie Models timeline. 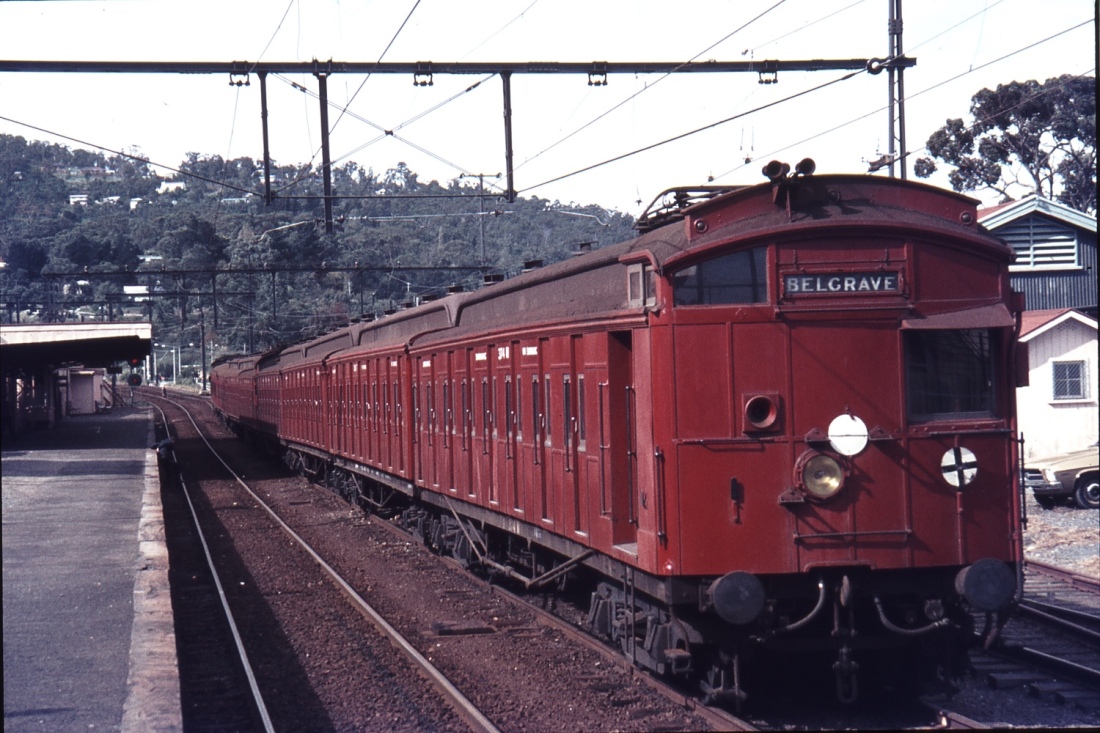 When I was a lad riding the rails the train of choice was the Red Rattler. If a Bluey pulled in I would sometimes wait for the next one in hope of riding the Red. The Tait class of train was far superior (in my opinion) to the Blue Harris train. I liked to be different and it appears again in this instance I was as most commuters preferred the quieter Blue. The Red was fitted out with luxurious green vinyl bench seats in your own private cabin. On hot summer days further ventilation was as easy as opening the sliding doors.

The wooden bodied electrical Tait trains began chuffing Victorian tracks in 1910. They were named after the then Chairman of Commission. The sliding doors (instead of swing) had there detractors when they were introduced. Patrons queried whether they should have to open and close them or that that this should be the responsibility of the Porters. Others felt the doors should have been designed to slide in the opposite direction in line with the laws of physics. When a train departed the platform the doors would open and subsequently close when they arrived at the next station. Perhaps a prototype for automated doors. Another issue was the ease in which travellers could exit the train while moving! In the 1950’s the Tait trains were affectionately referred to as the Reds or Red Rattlers when the Blue Harris trains commenced running.

Harland Crain one of the worlds largest harmonica collectors recently contacted Harmonica Riff Raff to say that within his collection he had an Australian harmonica branded The Rattler, which was sold as early as 1906 by D. Davis & Co of Sydney and Brisbane.

My immediate thought on hearing of a mouth organ called The Rattler had been of a rattlesnake, which is not too common in this neck of the woods. Then I reflected on my fond memories of the old Red Rattler train. The term rattler was an endearing generic term for trains rattling noisily along the rails in the pioneering times of the railways. I therefore suggest that this maybe the logical reason for its branding. Many a hobo jumping the rattlers would have carried a ten hole tin can.

Other additions to the Aussie Models timeline include W F Coxon’s Lyre Bird manufacturer. Within Koch’s 1908 catalogue there it was in all it’s splendour.

Hohner’s Bellbird sold under their name, but also Weiss and Pohl, who were one of many companies they absorbed over the journey. The Bellbird indigenous to Australia was sold here, definitely in the thirties.

Another harp that appeared from nowhere was the Lyre Bird Advance Australia model made by Hohner in 1912. Another Lyre Bird!

Pat Missin recently contacted Harmonica Riff Raff to inform us that he had located a Trademark from 1906 ‘Weiss Boshter’. He placed a caveat that this may not be the same as the Boshter on the timeline as it was unusual to put their name on the TM.

Also more evidence that the Rozella was made by F A Bohm more details to follow.

Thanks to Harland Crain, John Whiteman, Doug Dawson and Pat Missin for their support and help in researching ‘Aussie Harps’.