Here’s a story about how the humble harmonica improved a racehorses temperament and with it his performance, aided by a coffee or two.

Piccolo Pete having admitted his guilt, of sorts, said his conscience was clear. He accepted the stewards findings and would not appeal, proclaiming he was a man of his word. Then there was a change of heart. Here’s what really happened and how the old chestnut, the war injury (a bit of shrapnel) played out.

I felt I needed to add a few of my research notes to this amazing tale. You just couldn’t make it up, or could you Pete?

Pete was a celebrated show ring identity and noted buck jumper. His real name was John Scott Petersen. This was his first attempt as a racehorse trainer. Pete was tired of breaking in and training horses for others. Hi Lista was said to be an out-and-out rogue and had been cast off by several trainers. Pete claimed music soothed the highly strung Hi Lista, who he had worked with in the past.

Every night he would play the mouth organ in the four year old geldings stable and often they would fall asleep. Even at the racecourse Hi Lista had a tune blown on the gob organ. Pete had told anyone who would listen that he would turn this outlaw into a proper racehorse.

Two months after Pete had acquired the horse he won a buck jumpin’ contest and would ride Hi Lista in a bulldoggin’ exhibition. I say acquired as he said he bought the horse for £300, although Queensland racing steward’s records suggested he leased the horse. A month out from racing this highly strung horse ventured to the ‘Centaura’ show in Ipswich and was hired out for ‘kiddies’ rides at 3d a mount. At one stage he raced six times in eight days and if he wasn’t racing everyday, training would consist of rounding up cattle each day and a track gallop once a week.

Hi Lista returned a positive swab to caffeine after his short head city win in Doomben, where he ventured round at the juicy odds of twenty five to one. This was reported as a godsend for ‘bookies’ as the favourite, ‘Gallipoli’ had been heavily backed. On the first day of the inquiry Petersen admitted to providing the horse with nine APC tablets – a combination of Aspirin, Phenacitin and Caffeine. They were administered with warm water in three equal dosages. Stewards questioned Pete about the stimulatory effect of caffeine and how that could improve the horses stamina, speed and courage. 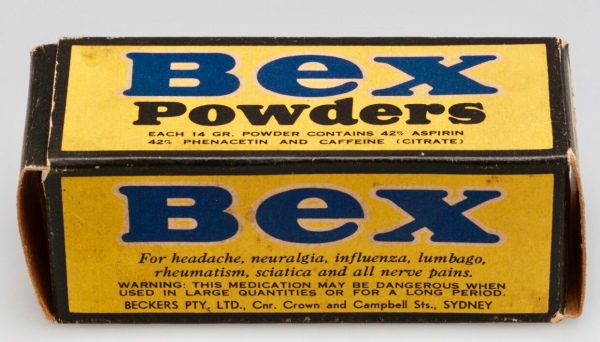 Pete responded that they weren’t given for that reason, but rather to settle Hi Lista who was a nervous horse and this was used in conjunction with playing tunes on the mouth organ. Stewards questioned when the horse was first administered with the concoction and why the horse was specifically given APC? To which Pete replied, “After every time he gallops.” He also added that he first used the powders after Hi Lista “was chewed by a cattle dog, prior to winning in Beaudesert in August.” He continued, “I use the powders myself for an old war injury.” (The Courier Mail 2nd December 1950). All the horse needed was a ‘cuppa’ tea and a good lie down.

When officials inquired about stable security, Pete explained that he didn’t have locks at his Hendra stable. He did have three booby traps set up as he was living near ‘ne’er-do-wells’ and some of them were jealous of him. The night before the race in question a booby trap was set off. Pete searched high and low with no luck. He blew Hi Lista a couple of tunes on the mouth organ and then went back to bed. Pete attempted to have two men provide evidence of his good character at the hearing, however he couldn’t convince them to attend. He told stewards he only wanted them to speak the truth. Pete offered a letter referencing his fine character to be read out. Stewards declined as it was unsigned.

At his appeal of his life ban Pete said he was in the clutches of a gang and he was just waiting to put his hands on some men. He thought he could clean up the gang like he had done in the Gulf country with some cattle rustlers.

As far as I can ascertain Pete’s ban remained. Hi Lista had his life ban reduced to twelve months. Not sure that he raced again. Perhaps he missed his mouth organ tunes and morning coffee.

PS: The timing of this article with breaking news in Victorian horse racing is purely coincidental. Horse racing from time to time becomes front page news for the wrong reasons. If trainers only additional aid to improving performance was just a bit of mouth harp boogie, then the welfare of horses would be somewhat enhanced.