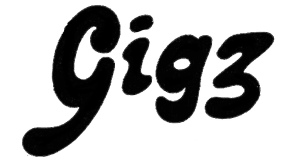 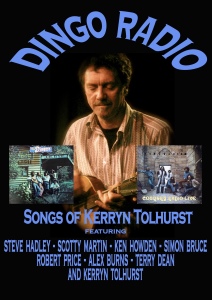 “Aaron was a friend of mine. He lived out in the country far away from the city lights. Out among the gentle pines.” (Kerryn Tolhurst)

The band opened in fine fashion with Kerryn’s melodic Aaron from The Dingoes self titled debut album of 1973. Terry Dean supplied the tender vocals and Kerryn let his steel lap guitar float and flavour the tune. No they weren’t a cover band these were the songs from iconic Australian songwriter and band member, Kerryn Tolhurst. One of the highlights for this author was their rendition of Greg Quill’s Country Radio’s Wintersong, which Kerryn co-wrote with Greg. I did however, miss the sweet harp of Chris Blanchflower. Alex Burns hit the stage singing powerfully on Smooth Sailing and Child In The Middle. He played a wee bit of mouth harp on the latter. Of course there were the hits Gypsy Queen with Kerryn giving the mandolin a real going over and Way Out West getting the punters up and out of their seats and letting their hair down (those that had hair). Robert Price entered stage right and gave great feeling with his vocals to his Dingo favourite and mine, Singing Your Song. He would add some tasty harp to the tune. Kerryn ended the gig with what he expressed as, “For the price of nostalgia you have to listen to this new tune.” Well, this was a corker. Top End Of Town has all Kerryn’s craftsmanship as a unique songwriter both lyrically and musically. His guitar hook was mesmerizing and the gritty vocals from mover and shaker Simon Bruce raised the song to another level. If this doesn’t hit the airwaves on high rotation there’s something wrong with the world.

Thanks Kerryn for an amazing Sunday arvo of aural pleasure and for your music over the journey.

You can still see DINGORADIO there at the Newport Bowls Club in February and at the Memo in St.Kilda in March. 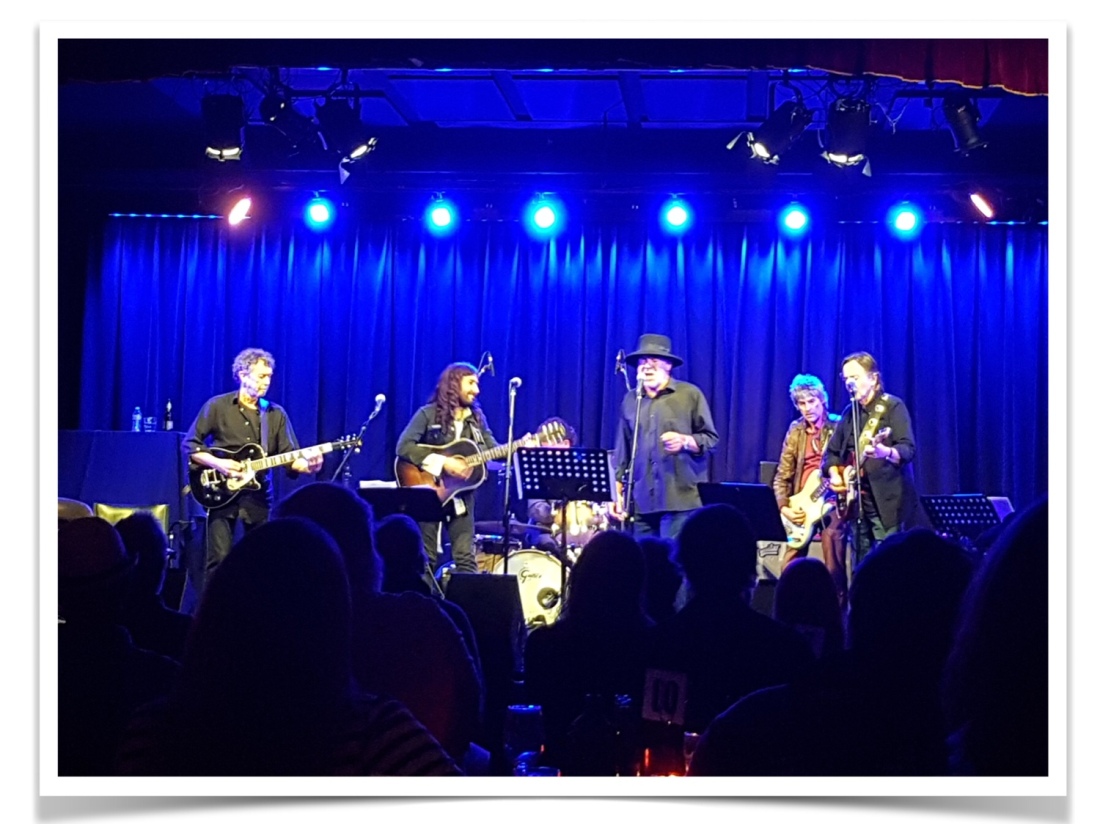 “The same old songs keep haunting me. It seems like nothings changed. Megaphones and dusty boots could it be it was all in vain, because history just repeats itself and songs still get around, and the troubles still come down the road, all the way from the top end of town.” (Kerryn Tolhurst)

PS: You can hear world premiere of Top End Of Town on radio 3MDR’s, ‘The Imaginary Friend Show’ at about 2 hours and twenty nine minutes into the program. I reviewed gig on air just before. Here’s the link Town .