Floating on a cloud with a cosmic shroud. Play your music loud Chetarca. 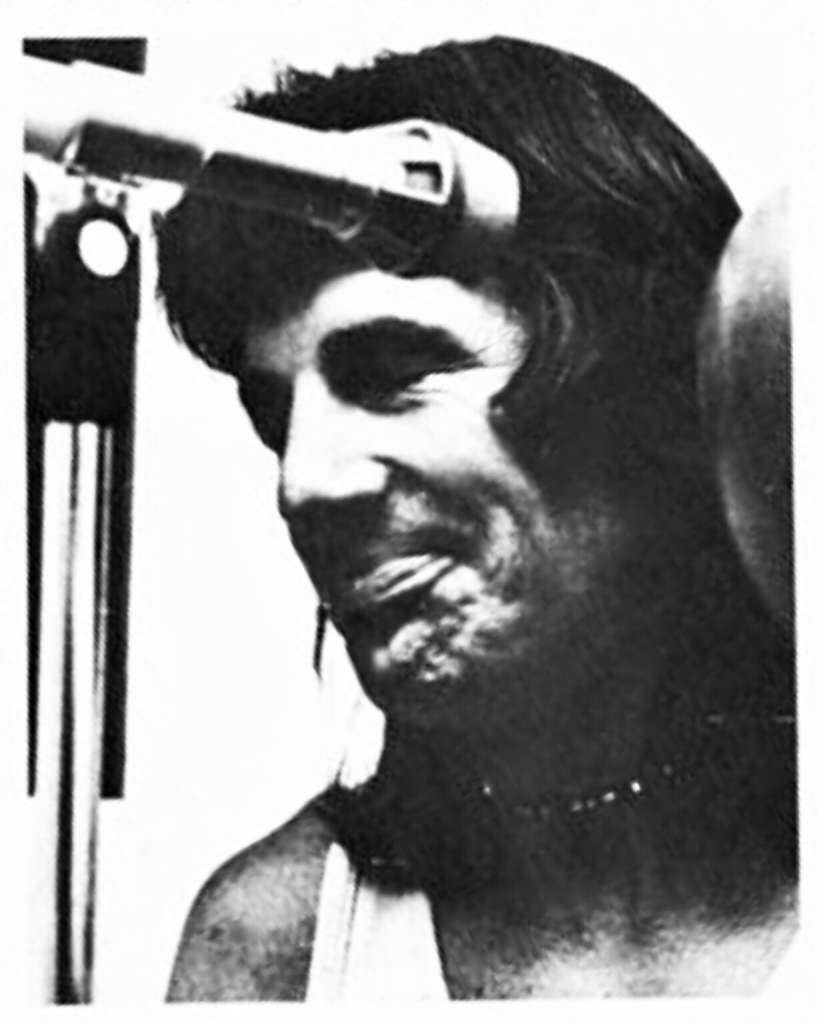 “He was one of the pioneers.” (Matt Taylor)

“Paul was the best harmonica player I had heard and a lovely man with a beautiful soulful voice and a great sense of humour.” (Andy Vance)

“I knew Paul Lever well and considered him to be an outstanding blues/rock harmonica player.” (Billy Pinnell)

“He was a great guy, funny, engaging and a great storyteller.” (Bruce Bryan) 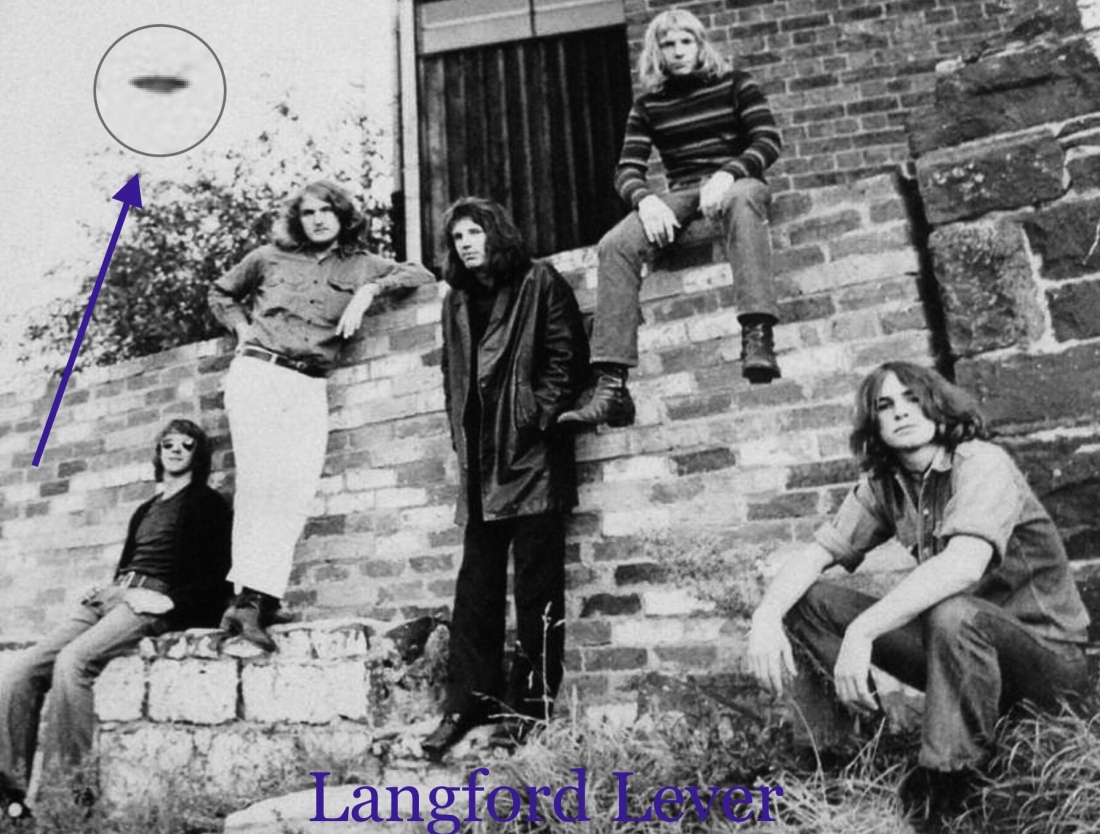 (Is there another band member in the flying saucer. Perhaps it’s a light fitting for you sceptics)

Paul had his own band performing around the Melbourne nightclubs under the name Langford Lever (Langford was Paul’s middle name) and would later be named the Langford Lever Blues Band. When Kerryn Tolhurst returned from National Service duties in 1969 he recruited Paul for the reformation of the Adderley Smith Blues Band. All was not rosy and Paul would leave the band due to personal issues and would be replaced by Joe Camilleri. Paul, who had developed quite a sizeable fan base was involved in an unfortunate incident which occurred at the Dallas Brooks Hall on May 14, 1970 during a blues show with Dutch Tilders. With Joe as their new frontman he strutted the stage like Mick Jagger wearing a garish outfit consisting of a green shirt and pink strides, much to the band’s dismay and Adderley’s fans. Paul was in the audience and on the fans insistence Paul mounted the stage grabbing the microphone and professed “this is not the blues” and then took over the show. That was Joe’s last stand and Kerryn’s last encounter with Paul. Kerryn reflecting on this, commented, “He was a troubled and beautiful soul and certainly needed support, but I loved his passion and it’s so sad that he couldn’t get help.”

Briefly in 1970 Paul joined the Carson County Band formed by Greg ‘Sleepy’ Lawrie. Bass player and vocalist Ian ‘Fingers’ Ferguson for the band said that, “Paul was a nice guy, but was nervous and unsure of himself constantly asking is that okay, when it was fine. It just got too much for Greg.” 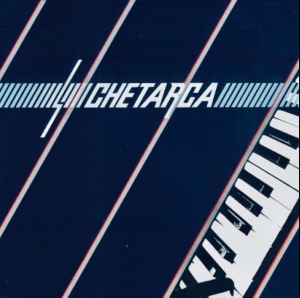 In 1971 Paul had Langford Lever gigging again. They competed in Hoadley’s Battle Of The Sounds of that year finishing unplaced behind Fraternity. They appeared on GTK and Sunbury ’72 and ’73. Langford Lever would morph into Chetarca a progressive rock band that were way ahead of their time. Chetarca was a phonetic word first put forward by band member Ian Miller believing it reflected the band’s sound. It did, however cop some flack as a Shitaki mushroom. Paul, along with drummer Geoff Gallent and the amazing guitarist Ian Miller (who would later be with John Paul Young’s All Stars) were joined in Chetarca by keyboardist Andy Vance, his friend bass guitarist John Rees (who was a key member of Men At Work) and Bruce Bryan on synthesisers (and album producer). They released a seminal self titled album in 1975 along with the single ‘Another Day’. The album is highly sought after today by avid vinyl collectors paying between $200 and $300 and their music is extremely popular today in Eastern Bloc countries including Russia. The single peaked at number 75 on the hit parade.

On the album’s liner notes Billy Pinnell is credited for his help. Andy Vance explains, “Billy managed us for awhile to get us going and he encouraged us incredibly, but he was really like a wonderful mentor and friend to us all who introduced us to all sorts of nice people in the music industry.”

Billy was glowing of Paul’s involvement in Chetarca, “While out of his comfort zone in ‘Chetarca’, whose influences included classical music, ‘Emerson Lake and Palmer’ and ‘Frank Zappa’ he adapted extremely well to a band with no other soloists (apart from Andrew Vance’s keyboards) offering subtle harmonica solos on quieter songs, exciting flurries on other. Paul was also a versatile singer and a great front man.” Andy Vance reflected, “We were a progressive rock band and Paul’s vocals and versatility on the harmonica gave the band a style of music that was very appealing to a wider audience. I still get enquiries about the music and particularly Paul’s contribution.” Bruce Bryan has fond memories of his time with the band and Paul. He remembered Daryl Braithwaite being asked in an interview who he thought was Australia’s best singer and replying with Paul Lever. Bruce agreed, “He was right. Paul had great range and could put so much emotion into each song.” 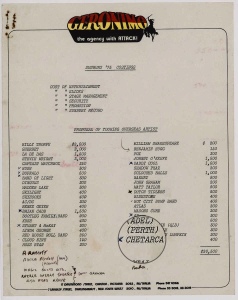 Chetarca would go on to support international acts Electric Light Orchestra and Frank Zappa. They were on stage at Sunbury ’75 and were the backing band for Gerry Humphries. The band’s breakup was a bit of a mystery to some of the band members as Bruce Bryan suggests, “Okay, yeah the breakup was kind of a coup, most of us did not see it coming, but Ian Miller did not want to continue and had some artistic differences with some of us. Also he was in Sydney most of the time. Andy also had some marital and health issues, as did Paul, which probably influenced the whole scenario. It wasn’t exactly unfriendly, but a couple of us did feel like we were kept out of the loop and were quite dismayed at the outcome.”

It appears the musical talents of Paul were lost then and there. Paul had issues that were compounded when medicating with alcohol. Bruce felt Paul may have been dyslexic as he had learning difficulties which resulted in a troubled childhood. Bruce stated that, “He struggled to express himself in general conversation, but could write lyrics or sing a song that could be almost erudite.” Paul was a printer by trade and moved to Western Australia where he spent three years primarily sober.

Paul returned to Melbourne and in the late nighties was tragically killed crossing the road from a Collingwood Hotel where he had just bought some takeaways. The driver failed to stop. 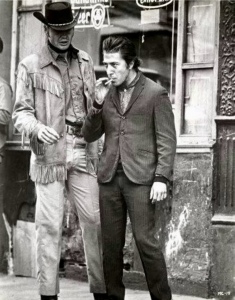 In finishing I would like to relate this anecdote and insight on Paul provided by Kerryn Tolhurst.

“I remember he was in tears after seeing the movie ‘Midnight Cowboy’. He really related to the Dustin Hoffman character, Ratso Ricco.”

Hear some of Paul’s harp work with ‘Chetarca‘.

PS: Thanks to everyone who went back in time to recall and contribute to Paul’s story.