Here is the rest of the information contained within this article.

A grandmother appealed to the City Court today to stop her grandson playing a mouth-organ. Stanley Gorman, a young rabbit-trapper, who came to the City from Yarram for a week-end visit, was charged with having begged alms in Post Office Place on Saturday morning. According to Constable D. Trainor, a number of people placed coins in Gorman’s hat while he was playing his mouth-organ about 11.30 a.m. Granted permission to speak for the boy, his grandmother. Mrs Annie Gorman of North Melbourne, told Mr Bond P.M, that “that confounded mouth-organ has been his downfall. Always playing I wish you would make him leave it behind in the cell,” she said earnestly. “He spends all his time playing, playing so that it has become a jolly nuisances to him. I can’t understand it at all.” Mrs Gorman added that her grandson was a good boy. She had “reared him up” herself after his mother died when he was a baby. Mr Bond adjourned the case to a date to be fixed not later than June 29. “We are giving you this chance on condition that you get back to the country and stay there,” Mr Bond warned Gorman.

Another report this time in the Perth Daily News (Wednesday 11 March 1936).

PS: A quick shout out to Steve Cash one of my all time favourite harmonica players, who has recently announced he won’t be touring anymore with the Ozark Mountain Daredevils due to health reasons. Our prayers are with you mate. 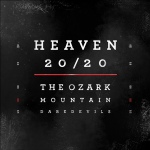 While on the Daredevils they have a new record out and it has an updated version of If You Wanna To Get To Heaven (20-20), it’s an absolute ripper. I also dig the tune Your Still Here. Nice!

One thought on “Run Rabbit Run-NFSCD #9”