A tune missing in action and two new albums in this feature.

It was the lost track off Seasick Steve’s limited print compact disc, ‘Cheap’ from 2002 on There’s A Dead Skunk Record label. When ‘Cheap’ was later released on the Bronzerat label, track nine, ‘Walking With The Devil’ was nowhere to be seen or heard. A ripper track with some nice rhythmic hobo harp. A perfect fit for the Hobo man hisself, the instrument of choice for hobo’s like you and me. Where did the tune go and Why? According to Matthew Wright, author of ‘Ramblin Man’, Steve didn’t want to credit the guest musician due to personal reasons. The harmonica player to this day remains a mystery as is the reason for track number nines removal and Steve hasn’t revisited it on any subsequent album.

Hear here and jam with a harp in ‘C’.

In fact, Steve has been reluctant to have the hobo instrument, the instrument that fits in your pocket, feature on any of his albums. That changed in 2016 when he released, ‘Keeping The Horse Between Me And The Ground’ where on a cover of Arthur Lee’s, ‘Signed DC’, he had multi instrumentalist, Burt Dredge blow the hobo harp. 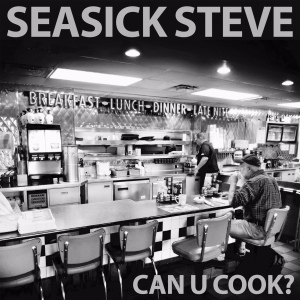 In Matthew Wright’s book we find Seasick Steve’s (Steven Gene Wold) real name is Steve Leech and he provides compelling evidence that Steve had propagated and perpetuated his persona as an itinerant hobo. He wasn’t riding the bumpers, that’s the coupling between the freight cars, just before Bensenville. Why did he do this? Did he need to? Perhaps Steve is mellowing in his old age, even though he’s lost a few years, as his new album, ‘Can U Cook’, due for release on September 28th, has a tune with the blues burger, ‘Shady Tree’ which is available for download now. He hasn’t gone out of his way to acknowledge the harp player either, but it appears to be Mickey Raphael, blowing a more blues, boogie, rock harp than the country sound he is known for with Willie Nelson. It can be heard here https://youtu.be/Jqx486UNbdM . 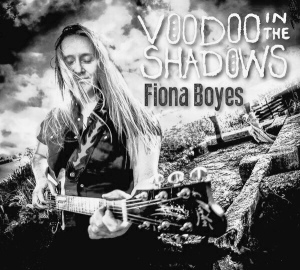 Another album that’s come to the attention of this ‘blawger’ is by Australian Blues guitarist Fiona Boyes, entitled ‘Voodoo In The Shadows’. Has some decent blues harp from New Orleans musician, Johnny Sansone on ‘Party At Reds’. Although already released down under, worldwide release is scheduled for 19th October. If you haven’t listened to her 2007 album, ‘Lucky 13’, do so as there is blues burger by album producer, Mark ‘Kaz’ Kazanoff.

Cheers for your ‘Peepers’ and ‘Lugholes’.